The rivalry between Italy and Germany have produced several memorable matches ever since their first encounter in 1923. The semi-final clash between the two in the 1970 Mexico World Cup is often mentioned and is widely touted by the Italian press as the Partita del secolo (The Game of the Century). Tonight will add another chapter to their rivalry story when the Italians travel to Munich for a friendly game against Germany.

Having arrived from an unconvincing qualifying campaign for Euro 2016, the Germans found themselves with more wounds to lick following the defeat to England on Saturday. The underwhelming display at Berlin saw them throwing away a 2-0 advantage to slump down to a 3-2 loss against a young England side.

Joachim Low was aggrieved with the defeat and insists that his side cannot afford to make the same mistakes with the Euros nearing. “Our combinations and our movement didn’t go as planned. Our organisation and compact positioning were lacking, especially in the second half. We allowed England a crazy amount of space, despite holding a lead. We can’t allow that to happen,” says the German coach.

The defence which is buckled by the absence of injured Mats Hummels and Jerome Boateng will be Low’s main headache going into the game. He will be also without Max Kruse who was dropped out of the team as disciplinary measures while Bastian Schweinsteiger remains sidelined. Jonathan Tah is likely to retain his starting position despite failing to impress in his debut on Saturday. However his opportunities are limited as Mario Gotze, Shkodran Mustafi and Julian Draxler are all pushing for a start.

Antonio Conte’s Italy warmed up for the Munich match with a 1-1 draw against defending European champions Spain on Thursday which extended their winless streak to three games. However, the Italians have suffered only one defeat away from home soil since June 2014 and keeps an impressive record of not losing to Germany in any of their last seven clashes.

Conte continues to rely on the team’s versatility and his tactical dispositions to form the starting line-up. Riccardo Montolivo and Alessandro Florenzi are expected to start since they provide the required defensive cover in the wings. Federico Bernardeschi and Emanuele Giaccherini will join them in the wings and will look to test the fragile German defence with their pace and dribbling skills.

The frontline of attack is difficult to predict, but as per reports, Lorenzo Insigne and Simone Zaza will be assigned with the task to spearhead the attack while helping the wingers to open up spaces in the German defence with their movements and cut-backs.

Thiago Motta is likely to start in the place of his PSG teammate Marco Verratti while the return of Milan’s Mattia De Sciglio will further strengthen Italy in the middle of the park. Jorginho also expected to earn a start following his good showings against Spain. 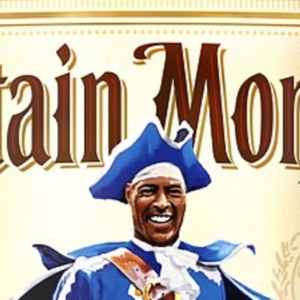 FollowYourSport · 8 hours ago in Football

Brands have been keen to congratulate the Foxes – and the plaudits just keep on coming.

FollowYourSport · 14 hours ago in Football

This ridiculous and wonderful season wouldn’t have been possible without it.

FollowYourSport · 16 hours ago in Football

Japanese TV decided to broadcast every Leicester match after the player joined the club.

FollowYourSport · 16 hours ago in Football

Aston Villa fans will continue to protest against owner Randy Lerner, while Swansea boss Francesco Guidolin is linked with the Watford job.